It's housebling season again, so please do post any suitable pictures here. I don't know if I can successfully link to this picture from facebook, but it's quite an amusing one, so I'll try: here!

I should have gone and reshot this in the evening when the lights were on, but you get the idea:

House bling season is upon us again! Here is a very poor picture of ship-bling - featuring HMS Warrior in Portsmouth Harbour:

Is it too late to post some bling from my Christmas in Arkansas? I feel faintly ashamed of myself for my behavior here last year, especially since you guys have posted some amazing stuff. 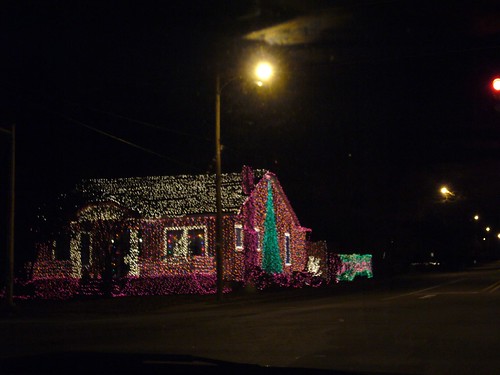 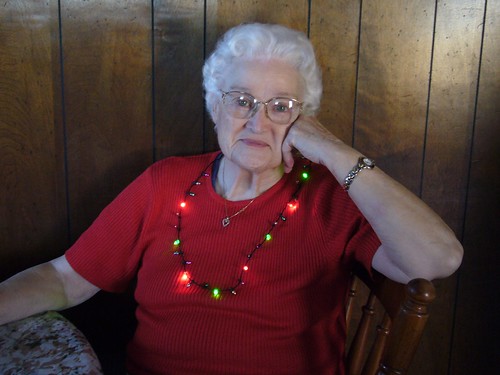 Thank you for your time and attention. 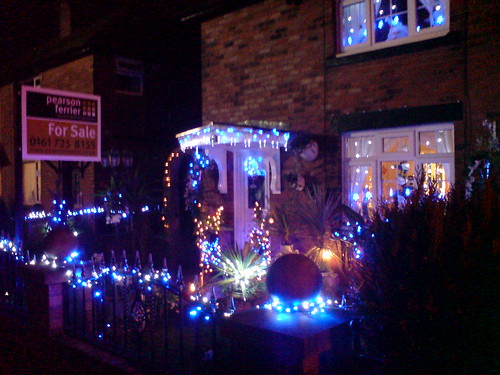 Spotted in Radcliffe on Boxing Day.

Christmas-crazy Alex Goodhind paid for workmen to dig up his road and lay an industrial power cable to supply a display of 100,000 fairy lights.

Electrician Mr Goodhind, 23, used so much power he was unable to boil a kettle if his festive lights were switched on.

So he paid £700 for Southern Electricity to install a factory-strength 145amp power line to ensure fans of his annual display would not be left disappointed.

Mr Goodhind spent five weeks putting up the lavish decorations, which will add £500 to his electricity bill over the three-week festive period.

This year, he has spent £2,000 on additional lights to the delight of his daily crowd of 300 visitors.

'A lot of local organisations make minibus trips to see the lights. But we don't mind the popularity because it gives so much joy to so many people,' Mr Goodhind said.

His father Colin, 57, said: 'Alex started putting up lights when he was about ten, although as it got bigger we did start to feel a bit embarrassed. 'But now we have come full circle and ended up loving it.'

The display in Melksham, Wiltshire, raises £3,000 a year for a local hospice.

This is a collaborative effort between two neighbours in Southsea

gleet here is some London house bling. As you know the London house bling is generally a less overwhelming phenomenon than one might find outside the capital. However, there are still some prime examples of illuminated Christmas folly. This one is from West Hampstead NW6. 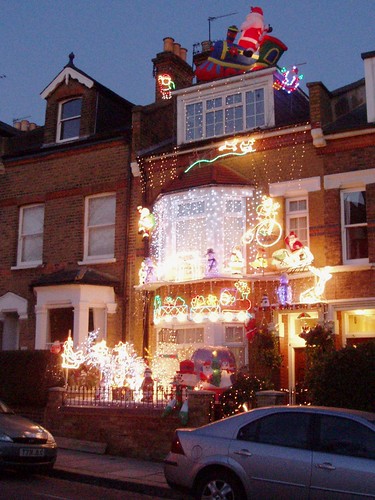 What can't be picked out are the range of figures along the front wall, which play songs and offer festive greetings to passers-by. Luckily not too loudly; I can't imagine the neighbours love it.
Collapse